In this 5 Minute Friday, you’ll hear about the new Wildlife Nesting Box program. Where are they getting rolled out? How many will there be? Watch to find out!
There’s also an update about the Indooroopilly Riverwalk and how the construction is coming along.
And make sure you watch to the end of the video to see the incredible new toddler’s playground at Guyatt Park! Deputy Mayor and City Planning Chair Krista Adams has unveilled the future of a popular stretch of Brisbane riverfront, with floating restaurants and bars and more open green space proposed.
The release of the City Reach Waterfront Masterplan follows almost two years of planning, including comparison of prominent waterfronts around the world and residents’ feedback. 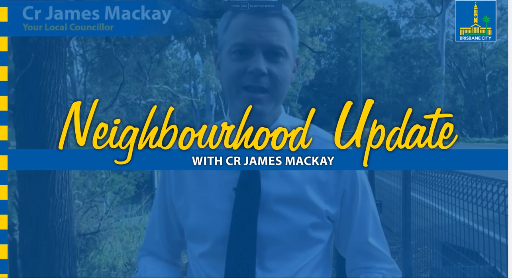 In this Five Minute Friday you’ll learn about my program to fix up median strips and “High-Low” roads. Don’t know what they are? Watch to find out!
Oh, and where would you like to see a cricket practice net? 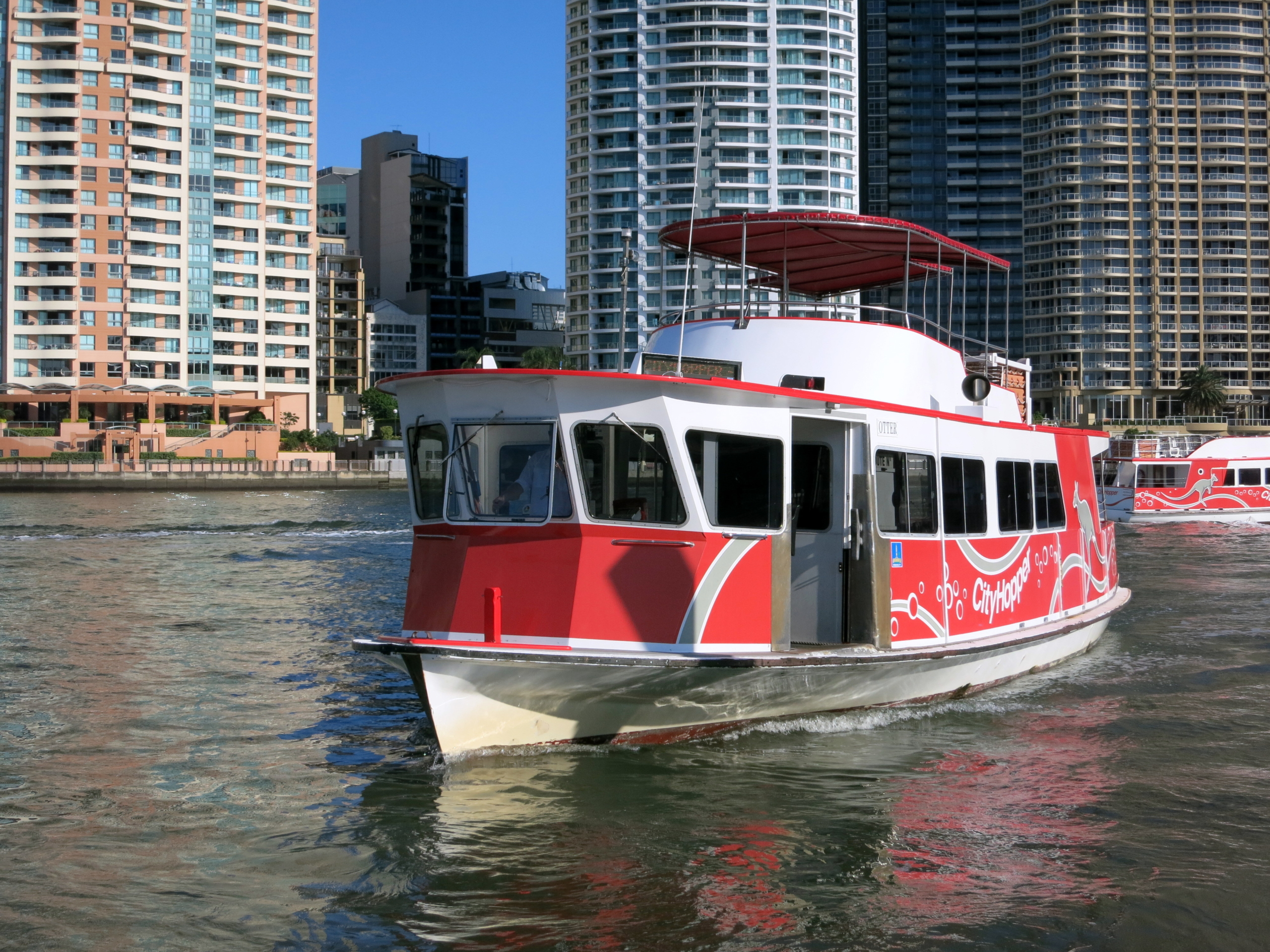 The CityCats will soon be stopping at Holman Street as Brisbane City Council works to reinstate all Cross River and City Hopper Ferry services as soon as possible.

Lord Mayor Adrian Schrinner said Brisbane residents had been extremely patient and understanding during the service disruptions and he was pleased to be able to offer an interim measures while the urgent safety review of the small timber ferries continued.

“Just over a week ago we removed all nine ferries from service to undergo maintenance inspections and that work is still ongoing.

“I have requested Transdev to temporarily add the Holman Street terminal to the standard CityCat service route as soon as possible. Due to the addition of a 19th stop to the existing CityCat timetable, passengers can expect minor delays.

“While Holman Street is not usually used as a CityCat stop we are fortunate in this circumstance that it is designed in a way that can cater for the larger CityCat vessels, which is a huge win in this unexpected circumstance.”

Cr Schrinner praised residents’ resilience to the unplanned service change and reassured them Council was doing all it could to reinstate more services as soon as possible.

“Thank you to all ferry users for their support over the past week and for being incredibly adaptable and understanding to the situation with changed services,” he said.

“The people of Brisbane have taken this issue in their stride, and they understand that my team and I had to put safety first, even though it has caused some disruption.

“It is great progress that we have been able to get one service reinstated already and Council is now working to reinstate more services.

“All of the Cross River and City Hoppers services will be back again, and our position remains that we want to see this as soon as possible, but we will make no compromise on safety,” he said.

“In the meantime, we continue the important process of reviewing these vessels and getting these services back up and running as soon as possible.

“I sincerely apologise for the inconvenience, but these ferries date back to 1984, and I want to know these vessels are safe before they return to the water and carry passengers.”

BULIMBA + TENERIFFE
· This Cross-River service will be first to be reinstated, which Council hopes to have in place by early next week.
· Currently, both terminals serviced by scheduled CityCat services
· Bus 230, P231,232 services Bulimba to the City and Valley

BACKGROUND:
· The small timber cross river ferry fleet of eight, built between 1984 and 1993, were commissioned as ferry service vessels on the Brisbane River, before the first CityCats came into service in 1996.
· The first Brisbane ferry service started in 1844. Brisbane City Council began managing ferry services in 1925.
· There are now 21 standard and one next-generation double-decker CityCats in service and another eight to be delivered over the next four years. ROAD SAFETY – The campaign in Harts Rd Indooroopilly continues. Watch for details!
A NEW FRUIT GROVE – Where is Indooroopilly’s new public fruit grove going?
COMMUNITY GARDEN NEWS – The community gardens in St. Lucia, Taringa and Chapel Hill are all getting more funding from Brisbane City Council. Find out how much!
Watch this week’s Five Minute Friday to get your news hit of what’s happening in your local area. As promised, here is more information regarding the development at 216-222 Moggill Road and 10-12 Swann Road, Taringa:

from the proposal:
The proposed supermarket is to be a ‘Coles Local’, which is a new type of store that is more representative of a traditional local grocery marketplace rather than a full line supermarket.

The smaller scale nature of the Coles Local format allows for finer grain architectural treatment, which is more consistent with the traditional retail themes presented in Taringa Village. The materiality selected for the development includes red bricks, tiles, full height glazing, and metal sheeting; with the architectural intent to differentiate the proposed development from a typical ‘big box’ supermarket.

The proposed development will be accessible by motor vehicle from Swann Road and Moggill Road and includes 99 car parking spaces within a basement level. The car parking level includes purpose-fit click and collect areas, taxi/rideshare drop off points, as well as provision for charging bays for electric cars. The proposal also includes numerous dedicated parking spaces for parents, seniors, and disabled visitors in convenient locations. A traffic engineering assessment has been undertaken.

Today we’re down in Toowong’s Anzac Park (Northern end) to discuss:
Creek rehabilitation in Toowong
Tree roots under houses
New permanent SAM speeding sign (you’ll have to watch to find out where)
George Hulse and the Toowong RSL
Make sure you sign up for the ‘Mackay Monthly’ at jamesmackay.com/newsletter for the monthly newsletter update about what’s happening in our community!
It’s been a whole week since your last weekly news hit, so we won’t leave you waiting much longer… enjoy!

Swann Rd road safety is the theme of today’s video;
learn about all the improvements going on in Taringa!
There’s another Avenue of Shade locked in – find out where.
Find out where it’s going, and why.
And what’s a “Hope Pole”? Watch the video and find out!

You may have seen a bit of banter recently about the Clarina Street playground.

Some of the commentary is a little bit mischievous, and suggests that the playground is going to be demolished and not replaced.

This is far from true.

Let me clear it up for you: Before November 2019, a Brisbane City Council “Play Safe Compliance Officer” conducted a safety audit on this playground and determined that while it looks good above ground, there are safety concerns below the ground. Some of the footings are rotting, which means it’s now deemed to be requiring replacement because soon it won’t meet Australian Standards. I’m sure no one would advocate taking a chance having unsafe playground equipment that could endanger the lives of children

In the middle of June I did a mail drop in this area advising residents that the playground had been loved to death and needed to be replaced. In that letter I suggested a proposal where we replace the playground with nature play, which has been shown to develop both physical and cognitive skills. This would involve creating a playground out of boulders, stumps and logs.

Here’s the important bit: it’s not like this great little playground will be removed and not replaced.

IT WILL BE REPLACED, it’s just a matter of finding out what people would like to see. Watch the video for more information.